To celebrate the death of another human being is always abhorrent; as Martin Luther King once said “I will not rejoice in the death of one, not even an enemy” and this is something I firmly agree with. Whether or not it is appropriate to celebrate a death of another is a question of context. On the night that Margaret Thatcher suffered a fatal stroke, I was somewhat saddened to learn that hundreds of people gathered in Brixton and Glasgow for a “death disco”. Many of those celebrating Thatcher’s demise drank champagne and toasted her ending with milk.

In the nine days since this 87 year old grandmother died from a stroke in a suite at the Ritz, Britain appears to have lost its marbles. Margaret Thatcher’s political legacy lives on and it is that legacy that is really being debated in the escalating frenzy around who gets control of the funeral narrative. None of this is about Thatcher herself at all, in fact, it never really was: not the parties, not the squawking pundits, nor the ludicrous battle to get the song ‘Ding Dong, The Witch is Dead’ to number one. Actually, all this palaver is about us, as it always is. It is about Britain and about the battle for control of the national narrative. Thatcher’s death has become an occasion for a grand psycho-drama of a vicious and divided nation.

The funeral which took place today is a political statement, there is no mistaking that. A ceremonial funeral of this kind, attended by the Queen, is a specific British state honour that has only been given to one other non-royal in recent history – Winston Churchill, who led a united war cabinet. Respect for the dead is one thing, but demanding compliance in the face of an enormous, costly political statement is quite another.

Britain has been waiting for this moment for a long time. The major news outlets and commentators both on the left and right were so quick to publish pieces variously condemning, praising, or condemning the praise of Thatcher’s legacy, one almost suspects that they had these articles in stock and the reaction to her death had been entirely pre-scripted. I can’t help but wonder if this was all a case of just waiting to fill in the dates as the whole charade appears to have been choreographed for years; the tributes already written, the formalities in place, all of the responses were planned, as were the responses to those responses. 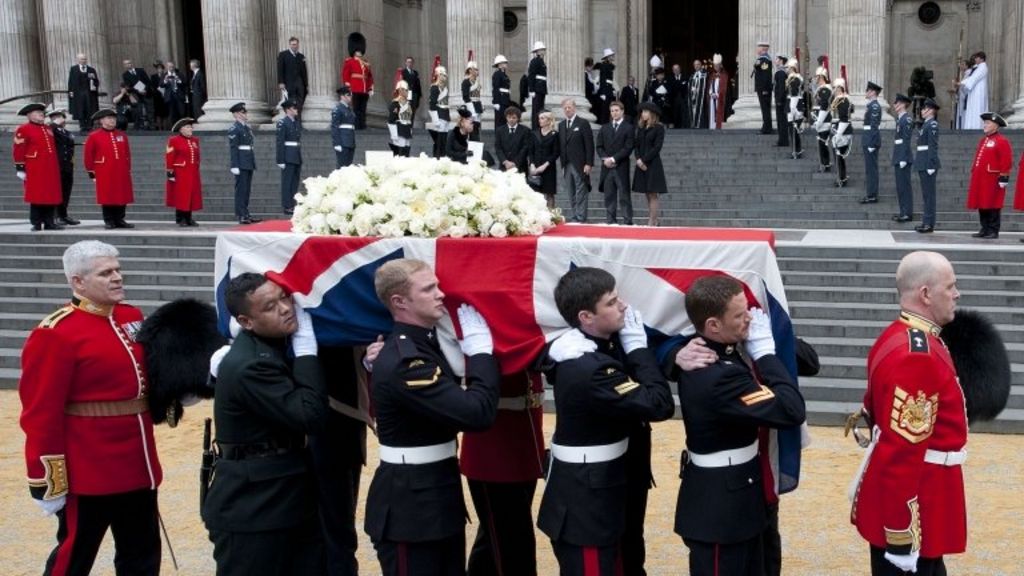 Today, Britain as a whole is in a state of mismanaged decline, most people here no longer talk openly about class. They talk, instead, about whether or not they hated Margaret Thatcher and wished her dead. That hasn’t just been going on for a week and a half but for three decades, since Thatcher overpowered the industrial working class in the 1980’s.

By no means is Thatcher-hatred confined to the intermittently organised left, it is a tribal thing almost like folklore, passed down from parents to children in places where jobs in mines and steelwork factories used to be passed down instead. The chant at the Brixton party lacked subtlety, but it at least got to the point – “Now that Thatcher’s dead, we thought we’d start reversing her policies one by one – so we’re starting with free milk handouts,” said Sky, a student giving out quarter-pints of semi-skimmed when interviewed by the BBC. This young lady in her late teen was born after Thatcher gained her “Milk Snatcher” moniker and admitted “it’s my parents’ grudge, really, but looking at the world we’re living in now, I understand that a lot of it evolved from her policies.”

Unfortunately we have learned a lot more about the darker side of British mentality in recent days as across the country, perfectly normal families – in the likes of Sheffield and the Rhondda Valley, who eat toast in the morning and go about life in their unfussy British way – have had money and alcohol put aside for decades for this party to celebrate the death of one frail old lady. This particular frail, old lady, of course, just happened to be the figurehead of an aggressive neo-liberalism that destroyed their communities, driving millions into poverty, as well as making a few people very very rich. “This isn’t a celebration. It’s catharsis,” said the author Rhian Jones, who grew up in Thatcherism’s Ground Zero – Tredegar, Wales, in the middle of the miners’ strike that was the battlefield on which Thatcher took on organised labour and won, crushing the unions and the spirit of the British working class in one manicured iron fist. “We’ve heard a lot about Thatcher’s legacy for the children who grew up in the 1980s,” said Jones. “Part of her legacy to me was a family and a community who were completely devastated and are still trying to recover from that devastation.”

What began as a strained debate over the legacy of one old woman has become an all-out war for the recent history of the nation, a history that is not being rewritten but  instead scratched out and re-scrawled like an argument on a public bathroom wall, an angry mess of four-letter words and crude cartoons. It’s all just a bit gross. The headlines are vile and the death parties are despicable. The only positive from these uncultured celebrations are at least they have been refreshingly free of the hypocrisy that Thatcher so loathed.

The story of Margaret Thatcher and what she meant to the people of Britain will not be written with an objective eye for many generations to come, it is all too raw right now and the crowing too callous. The global freak-out over the proper form of mourning that this single death has caused and the demure calls for respect that got swallowed because the triumphant right-wing just couldn’t resist a chance to strut its smug stuff and show its weapons – that’s an entirely different story about a bitter, divided nation that needs to be told.

I am disappointed to find myself afraid for the country I have so often been so proud to be part of – it is a much colder and harder place than I had ever believed. Margaret Thatcher was wrong: there is such a thing as society, and it is bitter and desperate, dancing on the grave of a broken old tyrant because there’s nothing else to dance about in these troubled times, yet one can’t help suspecting that this is just what Maggie would have wanted.